This was a particularly unique garden project because it involved Garden Design Cambridge working with a client to re-landscape an area of a garden that was also home to a decommissioned 1960s aeroplane!

The client wanted lots of circles incorporated into the design of their new garden, so Garden Design Cambridge began by creating a new, circular lawn with fresh high-quality turf. We then created a raised flower bed to fit snuggly around a section of the lawn.

A new round paved patio was created in the middle of the new section, with two large raised flower beds on one side and a rounded, wooden seating area on the other. The raised beds both had small shrubs planted in them alongside attractive spherical, silver fountains that were plumbed in from the property’s water supply. A traditional stone birdbath was placed in the middle of the circular patio.

Around the circular lawn, we laid a large graveled area that included several paths with slabbed stepping stones that wound around different sections of the garden along various mulch flower beds. One section of the path had a wooden pergola over which vines were trained. 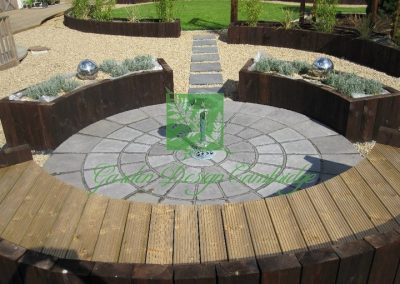 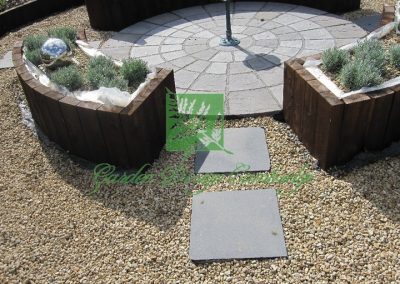 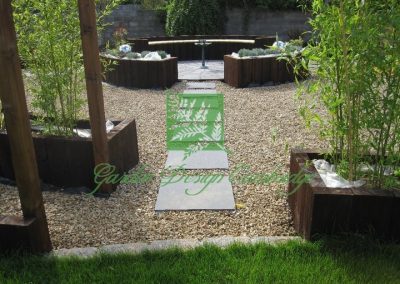 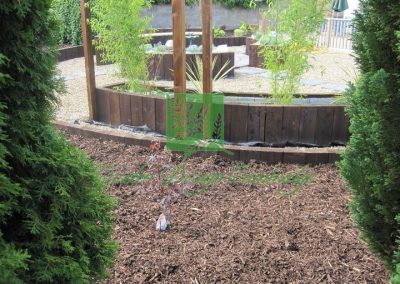 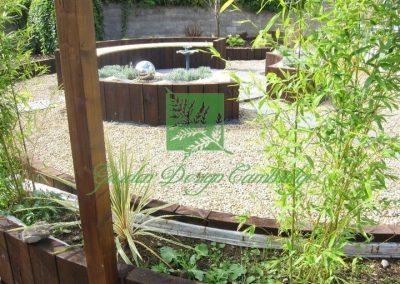 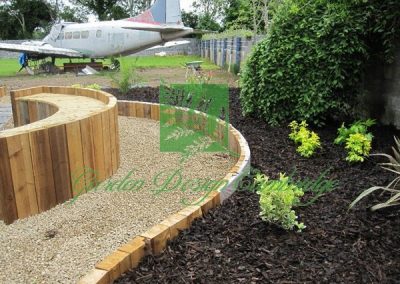 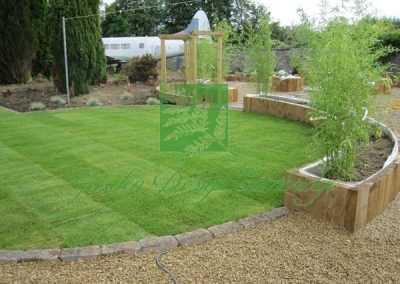 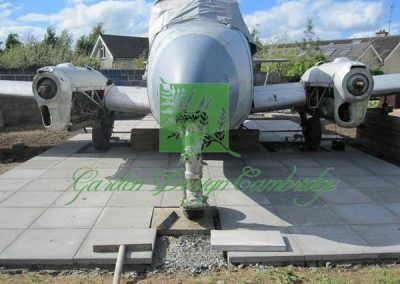 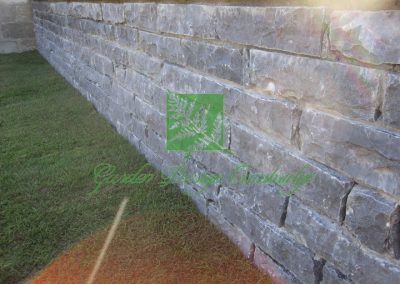 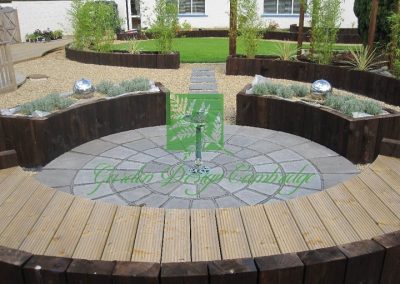 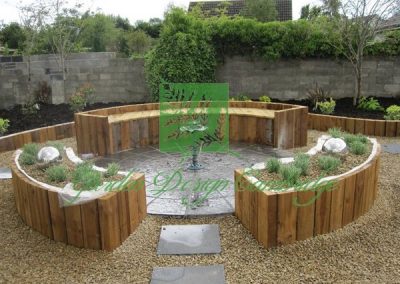 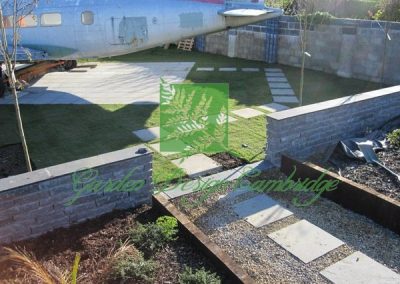 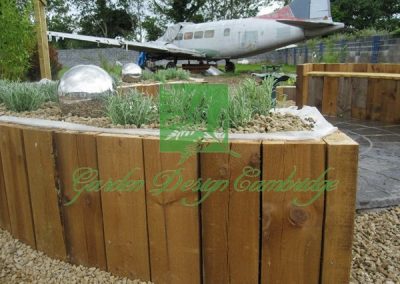 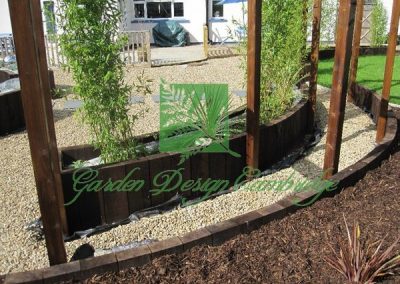 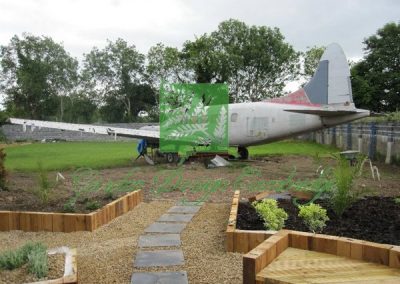 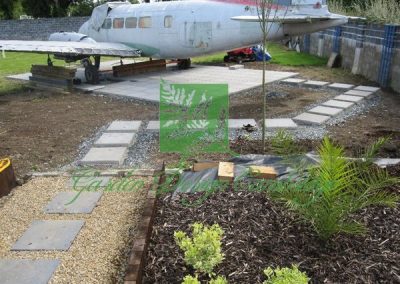 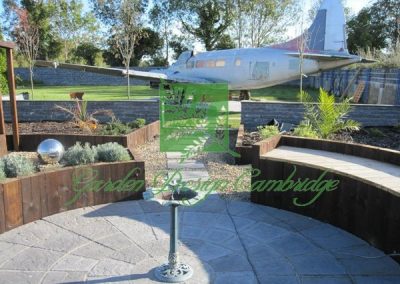 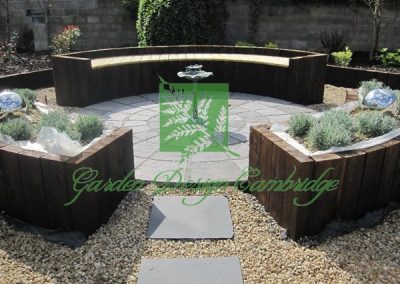