Garden Design Cambridge are experts at carrying out garden relandscaping projects. We recently completed this beautiful garden project at a property in Impington, Cambridgeshire. The client had a large garden, but the patio had not been properly maintained or updated since it was laid in the late 1980s.

We broke out the old paving slabs, steps and retaining wall and also stripped back the grass on the first five metres of the lawn. We then re-levelled the ground and constructed several new blockwork raised beds.

Garden Design Cambridge then laid a new Sandstone patio over the two levels with block-edging on the steps up to the second level. ACO drainage was installed at the foot of the steps and energy-efficient LED lighting was installed along the raised beds before they were rendered and painted white.

The raised beds were then filled with high-quality soil and topped with slate chippings after various plants were bedded. 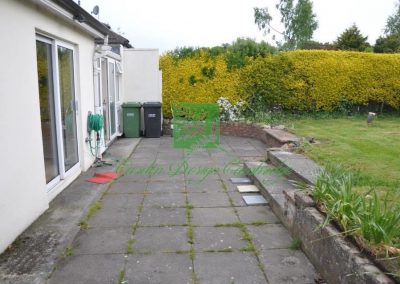 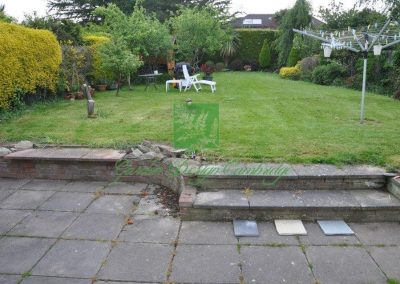 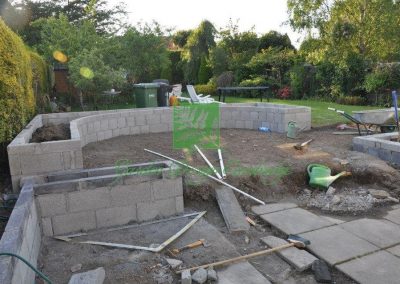 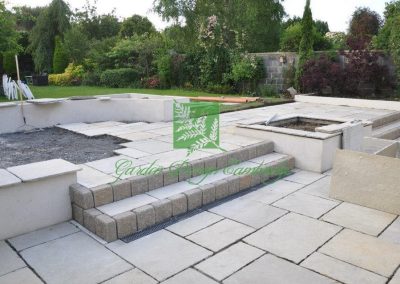 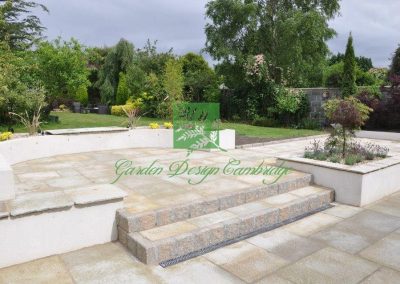 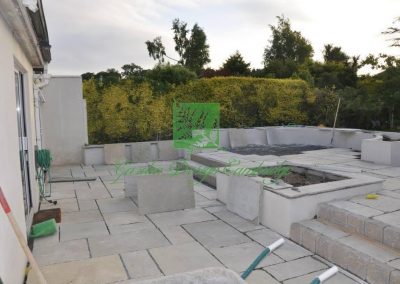 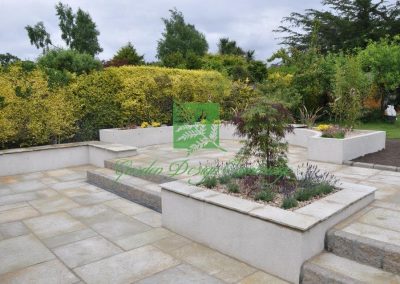 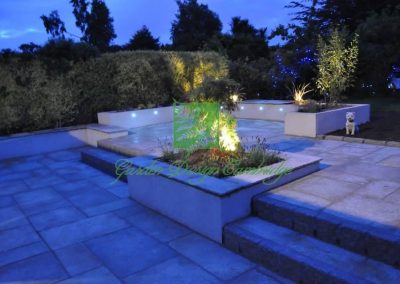 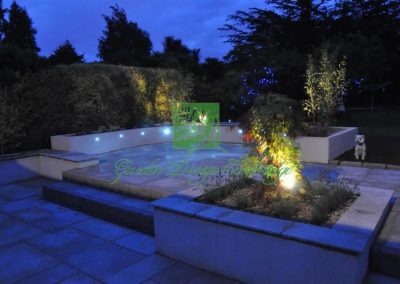