Garden Design Cambridge was called by a client who had three very active dogs and a garden that was dated and not safe to let the dogs into. The brief was to create a contemporary, functional and dog-friendly garden that could be used for entertaining and eating outside in the warmer months.

The garden was walled but had a fence and a gate at the rear of the garden that was old, falling apart and had several large gaps in it that the dogs regularly escaped through. Garden Design Cambridge began by replacing the old worn-out fencing, with a solid hardwood cladding and replacing the gate with a tall wooden lockable door the same height as the hardwood cladding.

We cleared all the weeds from the garden and laid a geo-textile membrane over an area outside the back door to suppress further weed growth. We then built a timber subframe to later build decking on. Garden Design Cambridge then laid a large slate paved area and built raised blockwork beds that were then rendered before being painted white. The raised beds were filled with soil, planted with various low-maintenance plants and topped with light grey gravel.

In one of the curved raised beds, we installed an inline pump that spouted water out of three small fountains in a pebble bed and built a curved, slate-topped bench into the top of the longer raised bed.

As per our client’s instructions, Garden Design Cambridge installed a large outdoor dog kennel in one corner at the back of the garden. This kennel was not for the dogs to sleep in, but so the client had somewhere to put the three large and rather excitable dogs when guests came over.

The composite decking was then laid over the timber subframe to run flush between the French windows and the new slate patio. Energy-efficient LED up-lighters were installed at various points around the new garden to accentuate the best features of the garden, including along one edge of the composite decking and under the foliage and one of the trees. 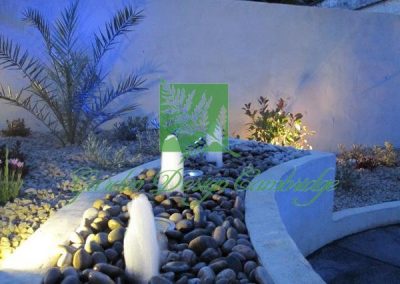 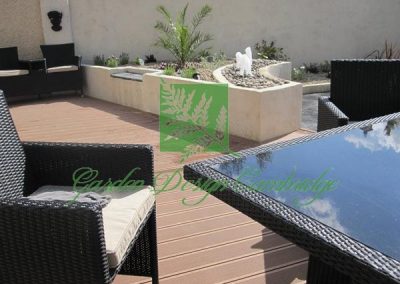 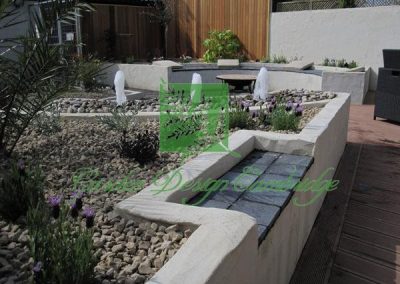 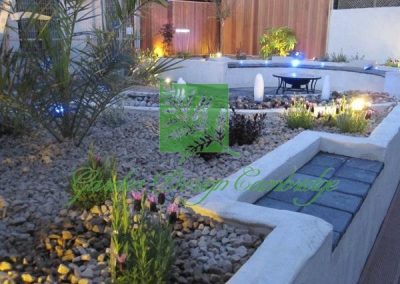 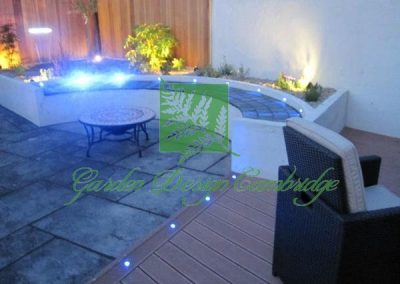 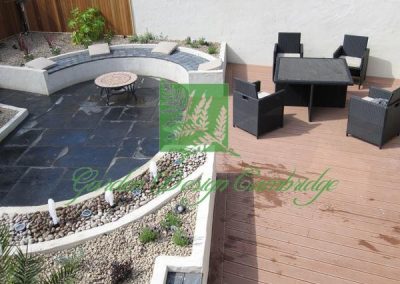 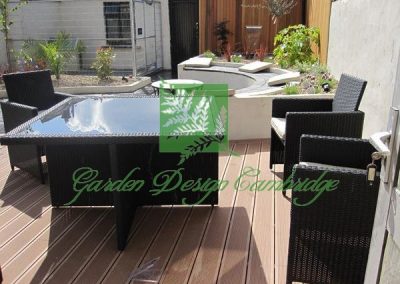 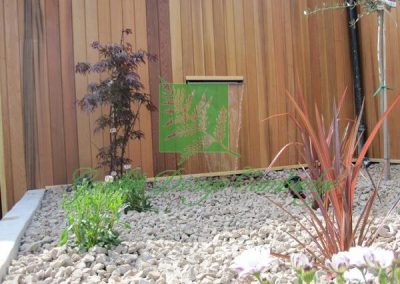